SHAE RECYCLING: THE FUTURE OF INNOVATION LIES IN WASTE Urbanisation has brought along many blessings such as technology and access to modern facilities. Unfortunately, though it has also brought along a gigantic problem, the production of more waste. Sierra Leone like many other countries around the world is battling with plastic waste.

Scientists have proven that plastic items can take anytime between 450 years to over a 1000 year to decompose. Why then do we still dispose of plastic recklessly.

Freetown, Sierra Leone’s capital is listed as a disaster-prone area following the floods of the past years and the tragic mudslide in August of 2017. All of these incidents have been tied mainly to human activity, most of which concerns waste disposal gaps. We could take years complaining about the damage it causes to our ecosystem or think about ways of solving the problem. Maybe it’s this reality that got us interested in finding out about companies that are now thinking and creating solutions around waste in Africa.

We talked with the CEO and founder of Shae Recycling and discussed passion, waste, Africa and entrepreneurship.

ARIANA DIARIES: In your view, what’s the future of recycling and up cycling in Africa?

Shae Recycling: Honestly from my experience in this sector I am strongly convinced that Africa has a lot to benefit and grow in this sector, considering the huge potential that recycling and up cycling has in Africa in terms of contributing to our economic development more especially in the area of job creation for a lot of un employed youth in Africa that are without jobs.

ARIANA DIARIES: What would your key message be on monetizing waste in developing countries?

Shae Recycling: My key message would be for the government of developing countries to create the enabling environment and structures so that government in collaboration with the private sector can collaborate in ensuring that we transform our waste to wealth and in the process not only clean our cities but generate a lot of benefits from it in the areas of electricity, gas generation, decrease in deforestation, huge forex generation and of course job creation for the unemployed. 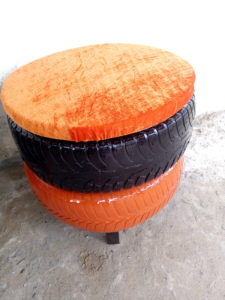 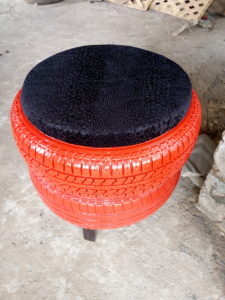 ARIANA DIARIES: Tell us about the societal response to the innovation that your work brings?

Shae Recycling: So far there has been a huge support for my work as almost on a daily basis I get a lot of emails with people commending me or encouraging me to continue the good work and even on social media I get a lot of positive responses, some are even giving me ideas as to how I can make my products better so in general I must say the feedback has been positive so far.

ARIANA DIARIES: How do you cope with the negativity/stigma that surrounds collecting waste.

Shae Recycling: Initially when I started my company, I got a lot of negative feedback from colleagues and friends some were even asking me why get involved in such a sector considering my educational background. They thought I should have done something else with my time. But I was determined to do something that no one else had done before or do something that is considered out of the box. I chose the recycling sector. As I wanted to be among the first pioneers to be named as part of the story in the promotion of recycling in SL.

Secondly because i wanted to contribute back to society, so I was not bothered with what people say because I knew at the end of the day people will come to see the bigger picture.

ARIANA DIARIES: What is the one behavior or trait that you have seen derail startups in the manufacturing industry?

Shae Recycling: One thing that I have noticed, which is a very big setback to start ups is the fact that, some startups have very good initiatives, ideas, and vision. Some put together strategies on paper but full implementation of these ideas is stalled due to lack of financing, because the banks for some reason have not created opportunities to encourage starts up. Government should set up institutions that would mentor people with ideas, so that when funding comes in, they will be monitored for full implementation..

ARIANA DIARIES: Tell us a bit about your favorite innovation and how that will help impact society positively?

Shae Recycling: My favorite innovation is the recycled pavement tiles that can be used in the construction industry. You will agree with me that constructing a house is very expensive in Sierra Leone and because of this we thought of coming up with an innovation that can help reduced on this as such we have been able to recycle used and un wanted plastic into pavement tiles that can be used in outdoor construction in our homes and offices with this, fellow Sierra Leoneans can benefit and the society as a whole from it because it is made in SL and it is also easily affordable. 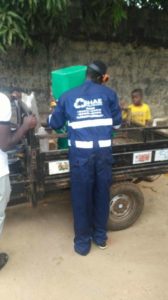 ARIANA DIARIES:  As a new start up, if you were to choose between business support and financial support. Which one would you choose and why?

Shae Recycling: As a new start up, I would prefer financial support considering that one must have been able to put together all the necessary structures and systems in place before launching a business.  All you will need is a little financial support to enable us purchase the necessary tools and equipment needed for implementation. Once that is done, within the first 6 months you should be able to provide or show signs of revenue returns.Due to the lack of such facilities a lot of people feel discouraged and end up settling in jobs that they don’t like or love but end up doing it to make a living. Whereas if they had implemented such projects a lot of people and the country as a whole would have benefited.  Finally, in most cases the funding of these start up needs are very small seed money which the banks can actually afford with proper monitoring structures. 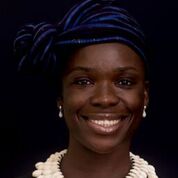 Written by: arianadiaries
MEET THE TECH WOMEN IN SIERRA LEONE - COHORT 2018
HOW CONFIDENT ARE YOU?

Free to Your Inbox